Back in 1995, when Ralph Fiennes starred in action movie called Strange Days, virtual reality was at its early start. Even though you might say that 19th century panoramic paintings are by fact “patient zero”, in the next ten years we can expect much faster technology evolving. It is claimed with certainty that any form of artificial reality will soon take pandemic proportions.

Those who watched Ralph Fiennes practically selling dreams, desires and ambitions through impalpable medium at least have the smallest clue what can be done.  Term virtual reality was established twelve years prior to the movie by Jaron Lanier, founder of the visual programming lab. Gaming industry instinctively went for the technology, even though they weren’t very successful, but you can’t make an omelet without breaking some eggs.
At the very verge of 21th century, something extraordinary emerges, the Matrix Trilogy. You either get it or you don’t, for those out of the loop there isn’t a good way to explain it, just watch the franchise and make a decision.

Back to reality,  whatever that is. VR is a computer-generated environment that lets you experience a different reality, whether AR is a computer generated image, but projected on a user’s real world. MR or hybrid reality takes us one step forward, or as Rony Abovitz says: “We want the digital world to bend to your physical life, your real emotional life as a person, and we don't want you to bend to computers.”

However this may sound utopian, we are far away from understanding all complications concerning this type of technology. Implications may be severe and if we are not careful, soon things could get out of hand, but for now we can dream about never ending possibilities until the technology apocalypse strikes.
Furthermore in the world where scientists are able to fight against toxic algae blooms using robots and to capture neutrino smacking into an atom’s core, nothing seems impossible and one more “gadget” just doesn’t feel like a breakthrough. CEO of Magic Leap, Rony Abovitz currently is considered to be a member of a unique fellowship of visionaries. Well, at least a visionary of whom the public is informed about.  Magic Leap is located in Florida, away from Silicon Valley and similar places. The location is one of the things this company is very proud of, even though it is currently a thing of fashion to develop business where it doesn’t actually belong by default. Enough said,  Magic Leap is constructing a mixed reality technology. Only bits and pieces are familiar to us mortals. All the big shots are investing into this secretive start-up and it is said that it will eventually get into every aspect of life, education, fun and science. Companies like Google, Lucasfilm, Warner Bros, even individuals such as director of Lord of the Rings and Steven Spielberg are all investing into Magic Leap. One of the most prominent visual effects corporation WETA Digital is designing a virtual world for Magic Leap.

Obviously augmented reality will have to remain on mobile platform, therefore it would be accessible to everyone. On the other hand, virtual reality is and probably will be available to those with deeper pockets at least at the beginning. If we exclude Google Daydream, for obvious reasons, HTC Five and Oculus Rift are currently the most often used headsets. Both have it’s benefits and it’s flaws. They can be judged regarding several criteria. Design, display, controller, all could be put through a number of tests, but overall verdict is quite simple. The important thing is actually what you are willing to sacrifice, whether it is your money, time or even walls. Would you like to sit or move around? However if you are really “kinky”, you will choose Fove. Infrared eye tracking headset which will overrun the competitors offering almost pure realism. Just imagine how it would be if an infamous creature jumps out of dark hole simply because you looked that way. Eye tracking is possibly the final piece of VR puzzle. Head tracking and motion tracking are more or less overcome. Lenses create a stereoscopic 3D image by angling the two 2D images. The sense of immersion can be increased with headphones. As far as motion goes, a system called 6DoF or six degrees of freedom refers to a rigid body, in this case a human body and it’s movement in three-dimensional space. For those who successfully conduct an aeroplane, it’s the roll, pitch and yaw axe.
Time flies when you are having fun, so to wrap things up as far as gadgets concern, contact lenses. Yes, the best thing since sliced bread. Google is doing their best to create a glucose detecting contact lense. Triggerfish wants to tackle glaucoma, Sony prefers taking a photo with a blink of an eye. Google even goes one step further, behind the lenses. Their plan is to inject technology directly into the eyeball, a bold move one would say. Still, it doesn’t really matter what form reality will take, the race begins to see whose reality we’ll be living in.

Cyber sickness is something that is currently under a lot of investigation. Actually it is very logical that you would get some kind of motion sickness wearing VR headset and emerging into another world. There are various factors that can affect on whether you will get ill and at what level. For example: experience with the system, health, mental rotation ability and of course motion sickness sensitivity. Your eyes send mixed signals to the brain and inner ear, hence the feeling of discomfort. It is usually followed with cold sweats and dizziness, headache, fatigue. As far as VR goes, the symptoms will usually disappear after taking off the headset, but have a habit of coming back after some short period of time.
Undoubtedly the biggest problem concerning VR and AR is that they are an ethical minefield. Technology like this can easily be used for something other than it’s original intention. Yes, there will always be trouble regarding privacy, but that’s the least of our worries. Developed applications could be used for military purposes what would eventually lead to desensitization. More importantly soon somebody would figure out how to manipulate mentally and behaviorally through headsets. Just imagine the consequences. Our minds are already invaded day-to-day with vast amount of information, some of them useful, some just for commercial purposes. The possibilities for marketing are endless, not to mention other branches. The most important question is, can we perform unethical acts in VR if it is just for us? Furthermore, how can there be restrictions on human thoughts and how they can be punishable. Future would probably be reserved for virtual criminality hence new laws should be written. Jennifer Haley is an award winning writer, her last play is The Nether. This piece unmistakably presents ethical problems of VR. You log in and you can be or do whatever you desire. The Nether is about exploration of disturbing morality inside a digital world. This kind of world suits the prodigal sons, criminals, murderers, creatures from the very bottom of society. 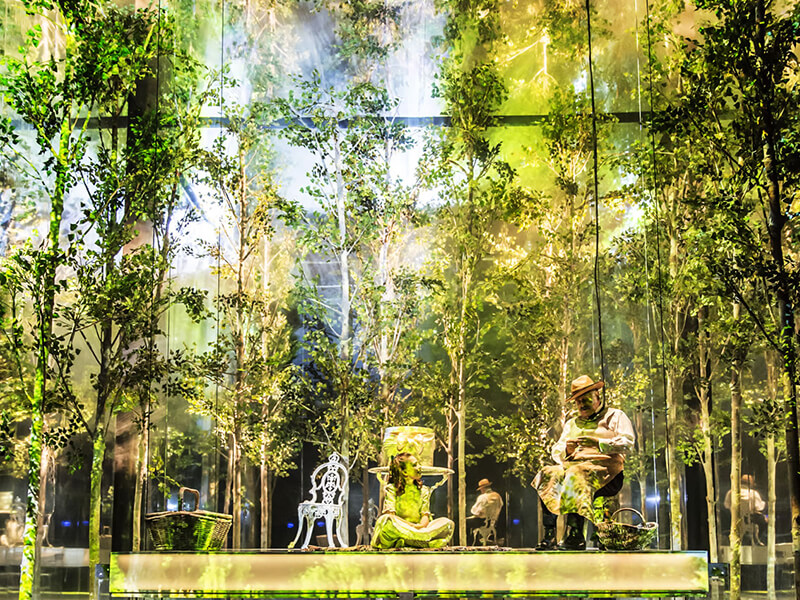 Above all, technology will lead to unlimited possibilities and the world will be mesmerized at first. It will be a window for everything that is good and bad, for the scientists and artists, also for the wicked. You can’t have your cake and eat it too. Even in society where laws are fully respected and rules are obeyed, inevitably an error will occur.

As far as we are humans, we live, we learn.